Divine Bags for the Diva in you! 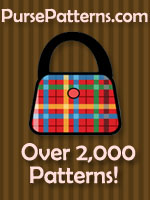 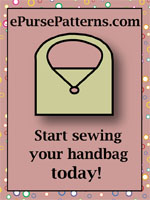 A Brief History of Handbags in the 1960s

A Brief History of Handbags in the 1960s

The swinging 60's was a time of controversy with the war in Vietnam, the desire for personal freedom, and the civil rights movement. How did this decade impact on handbags?

First let's examine influences on the culture of these years. The Beatles had burst on the scene from England with their revolutionary music that seemed to capture a generation. John F. Kennedy was elected president with his intense appeal to young people and unbounded energy and his wife imparted her own sense of style to the country.

At the beginning of the 60's, the classical handbag (as embodied by Jackie Kennedy) was in vogue with fine tailoring and quality workmanship. As the Vietnam War began to take center stage later in the decade and Presidents Johnson and Nixon came to power, handbag fashion took a decidedly free form turn with large, unstructured purses and interesting materials such as woven baskets, personalization and individualistic shapes.

Handmade purses became the new haute couture and "doing your own thing" was at it's peak of popularity. Fashion designer handbags began to lose customers as less expensive alternatives became important.

Today just about anything goes as far as handbag designs are concerned but I think there has been a subtle shift towards more "fun" purses - just look at the Dooney & Burke charm handbag collection!